I finally got around to spraying my new passenger door for Arnie this week, I've only been meaning to do it for a year and a half! I'm just waiting for a nice day to pull him out the lock up and fit it now.

After that I still have a few more body repairs to do on it like fitting a new step on the passenger side and cutting out the rust that's appearing on the lower rear corners where the battery trays are. Its not bad considering I've owned him 6 years now and only fitted a new door and wheel arch on the drivers side in that time. 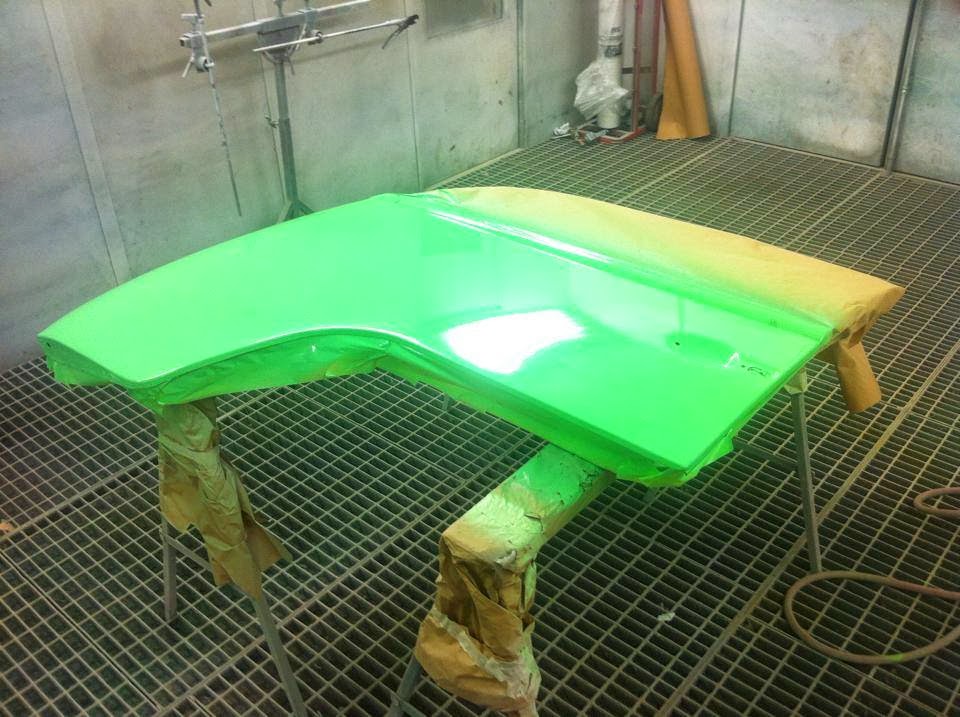 I've also started doing a bit more on my 1965 split screen bus between jobs, I've owned it since November 2010 and have a Blog of its progress here: Project Sixty Five Blog. Now I've got a bit more spare money to spend on it the progress should be quicker now! (hopefully)